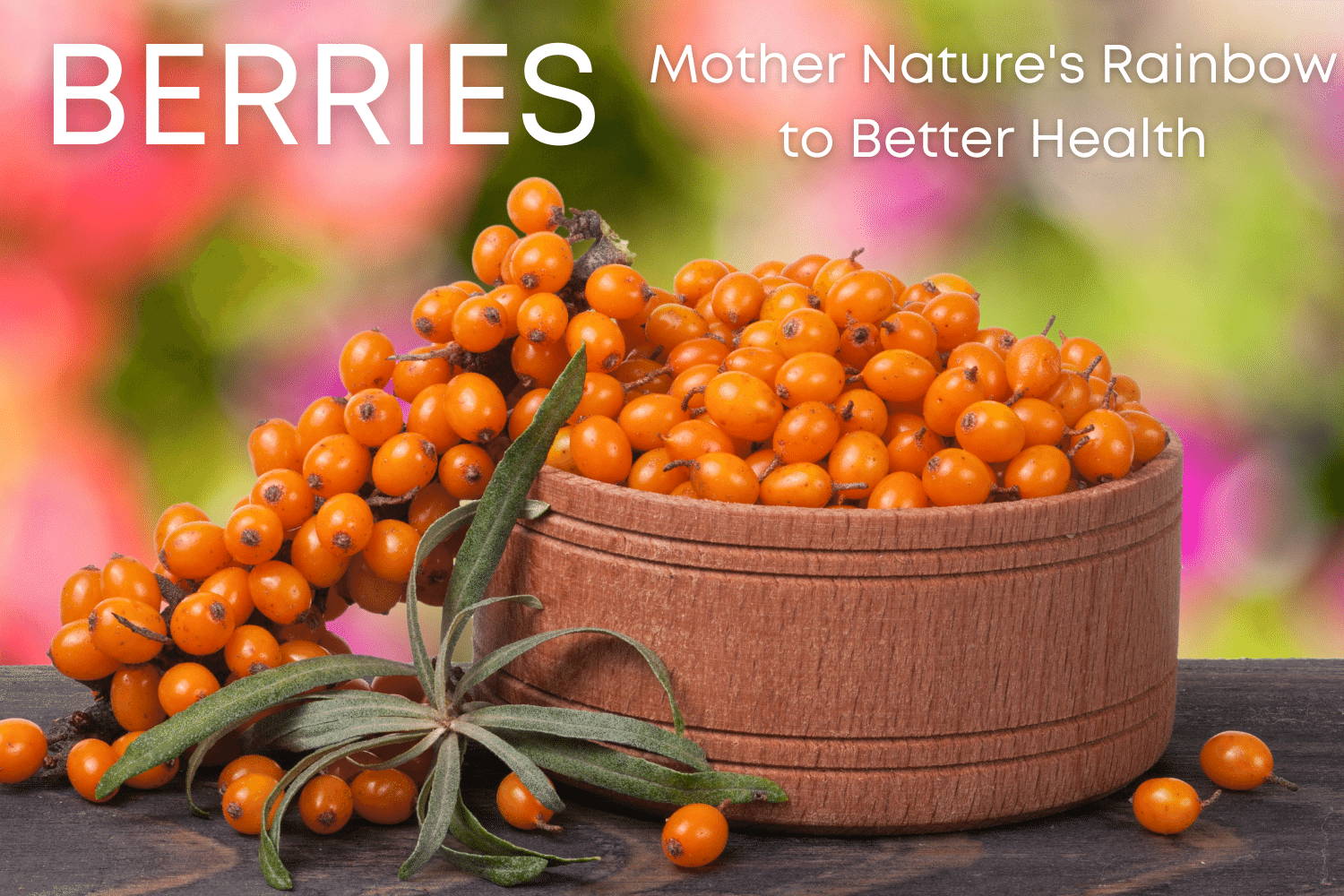 Most of us have been attracted to a rainbow of colors from a young age.

Maybe you remember the pleasure of dipping a paint brush and smearing brilliant, bright colors on paper, or that first glimpse into a freshly opened box of crayons. A rainbow of colors contains so much potential. This isn’t just true for youth or art.

The colors of the foods we eat hold a treasure of health potential, too.

There’s one type of fruit in particular that offers a beautiful range of hues, all holding a mega-loads of nutritional diversity. If you haven’t guessed, we’re talking about berries, and there are so many wonderful varieties to choose from.

Berries of all types are among some of the most nutritious and healthy foods on the earth. While most of them are nutritionally dense, they don’t all offer exactly the same health benefits.

The healthy benefits that are packed inside each sweet, juicy jewel are highly depending on the color of the berry.

What Do the Colors of Each Berry Mean for My Health?

The color of specific berries, and other types of gorgeously hued fruits and vegetables, is due to something called flavonoids and carotenoids.

Flavonoids and carotenoids are both naturally occurring plant compounds that are super-rich in antioxidants. Carotenoids give berries a yellowish or orangish hue, while flavonoids are responsible for colors like the red, purple, and blue colors in berries.

The type of flavonoid that produces these colors is called anthocyanin. Other plant compounds that give fruits and vegetables their characteristic colors include:

This list just barely taps into the source of plant-based nutrients.

In addition to these flavonoids and carotenoids, there are many additional plant compounds that contribute not only to the color of berries and other plant-based foods, but also to their nutritional value and antioxidant capacity.

The wider the spectrum of colors from plant-based foods that you include your diet, the more you benefit nutritionally.

Foods with anthocyanins, which include darker berries like blueberries, blackberries, and huckleberries, are currently thought to contain the highest antioxidant capacity. In general, the darker and ruby or blue hued a food is, the higher the antioxidant load.

However, there are exceptions to this, including sea buckthorn berry, which contains carotenoids that give it a beautiful orangish yellow coloring.

Sea buckthorn berries are considered a superfood, not only for their high antioxidant load, but also for their entire nutritional spectrum.

So, which berries are best to eat? The answer is all of them! But let’s take a look at what each type of color of different berries have to offer from a health and nutritional perspective.

Many of us have a favorite berry that we just love and can’t get enough of, to the point that we tend to forget about the others.

There’s nothing wrong with having a favorite, but adding a little color diversity to your bowl of berries can offer an even greater amount of nutrition and health benefits that you can feel on the inside, and see on the outside. 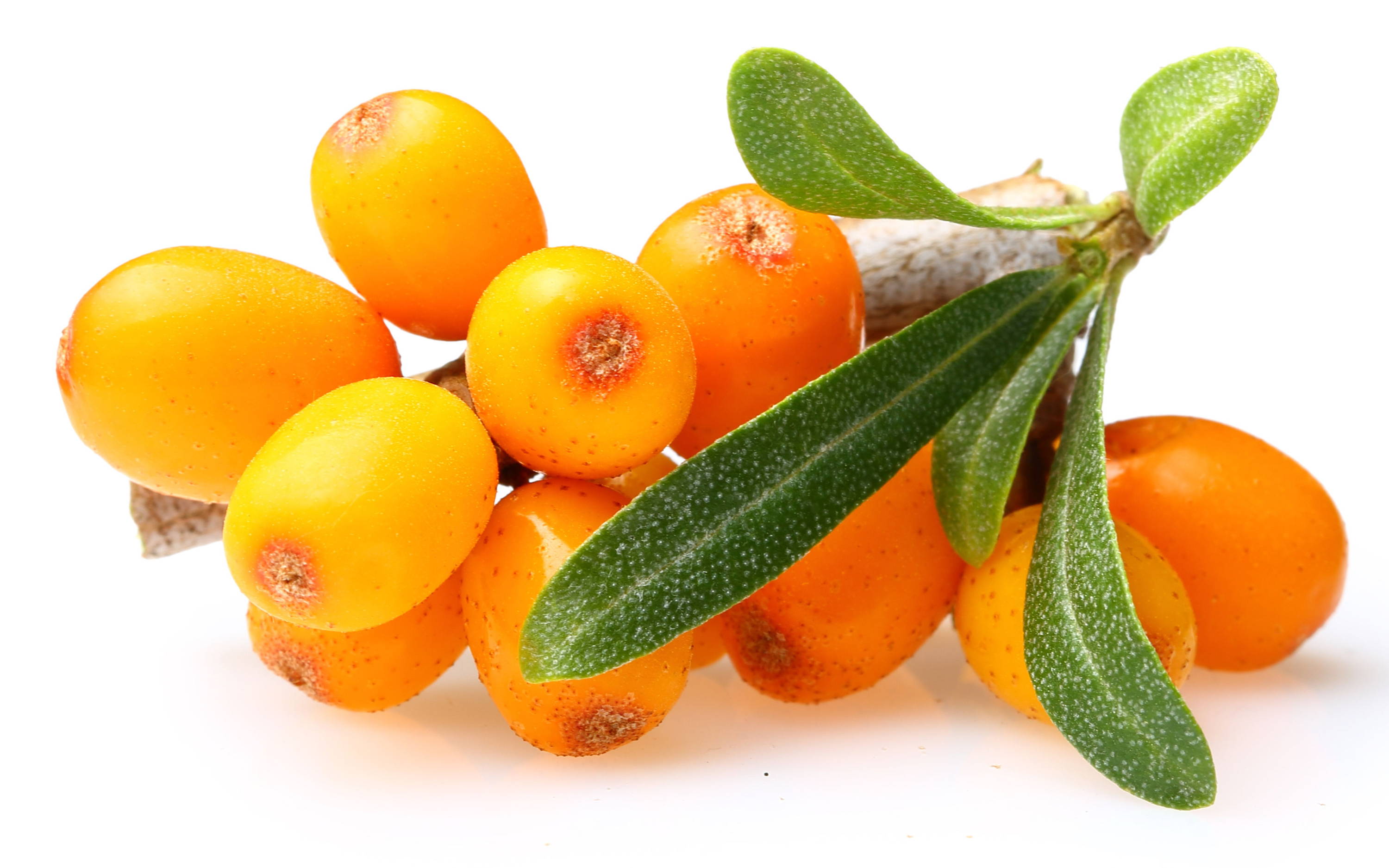 One of the most popular berries in this color category is sea buckthorn berry.

This small orange berry has been gaining recognition in recent years for its long list of health benefits. Not only has there been a growth in sea buckthorn supplementation, but we’re also seeing more of it added to high-quality skincare products, like our Sibu Luxe Oil.

Sea buckthorn berry is rich in carotenoids, which give it that gorgeous warm yellow/orange hue. A nutritional profile of sea buckthorn shows us that it has a high load of bioactive compounds, including everything from antioxidants and essential fatty acids, to being rich in vitamins C, K, and E. Sea buckthorn’s anti-inflammatory, antioxidant, and anti-microbial properties make it one of the healthiest berries to add to your list.

Sea buckthorn isn’t the only wonderful berry in the yellow and orange category. Golden raspberries and gooseberries are unique, delicious, nutritious, and worthy of your attention.

Red berries get their coloring from anthocyanin, and sometimes also carotenoids, which give them their luscious red coloring. Berries in this color category offer a range of healthy benefits, including being rich in antioxidants, and many are high in vitamin C and other nutrients.

Some of the most popular berries fall into this category, but there’s one fun fact you should know. While we’ve include strawberries, raspberries, and later blackberries, in our list, they actually aren’t berries at all. Botanically, they don’t fit the definition of a berry.

Botanically, a berry is defined as a fruit that comes from a single flower with a single ovary. Strawberries, and other berry-like jewels with lots of tiny seeds, are actually formed from more than one ovary. Still, they’re high in antioxidants and nutrients, and we usually think of them as berries, so we’ve including all of them in this list.

If you’re looking to get the most health and beauty benefits from your berries, the ones that fall in the purple and blue category are the way to go.

These berries contain the highest amount of anthocyanins and antioxidants compared to most other types of berries.

Enjoying The Benefits of Berries, Inside & Out

Edible berries of all types are nutritional superfoods, plus they’re delicious and hard to resist.

When you enjoy a range of colors of berries, you benefit from their diverse nutritional profiles. Some types of berry extracts and oils, such as sea buckthorn, also work wonderfully in skincare. Whichever way you do it, a rainbow of berries is a wonderful thing for your health and beauty.